Black Panther passes one billion US dollars at box office

Marvel’s Black Panther movie has surpassed one billion US dollars (£794 million) at the global box office.

The film starring British actors Daniel Kaluuya, Letitia Wright and Martin Freeman is the fifth in Disney’s Marvel Universe to reach the milestone.

It is based on Disney’s estimate of ticket sales and comes on the 26th day of its release. 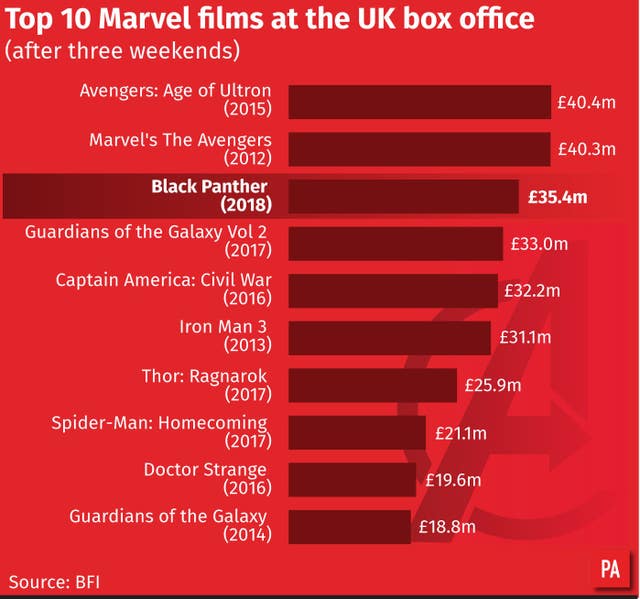 Press Association analysis of figures from the British Film Institute show Black Panther is also running ahead of both Guardians of the Galaxy films and all three Captain America movies.

It is the first superhero film with a predominantly black cast, and has been praised by Michelle Obama for its inclusivity.

A total of 18 films set in the Marvel Universe have been released to date, with two more scheduled for later in 2018 – Avengers: Infinity War and Ant-Man And The Wasp.