The world’s most famous nanny swoops into cinemas across the country on Friday, triggering a frantic festive battle to become the biggest film of 2018.

Mary Poppins Returns, which stars Emily Blunt in the title role, is expected to make millions in ticket sales over Christmas.

But the film has to outperform a string of blockbusters in order to top the box office chart.

Avengers: Infinity War is currently the UK’s biggest film of 2018, having taken an enormous £70.8 million. 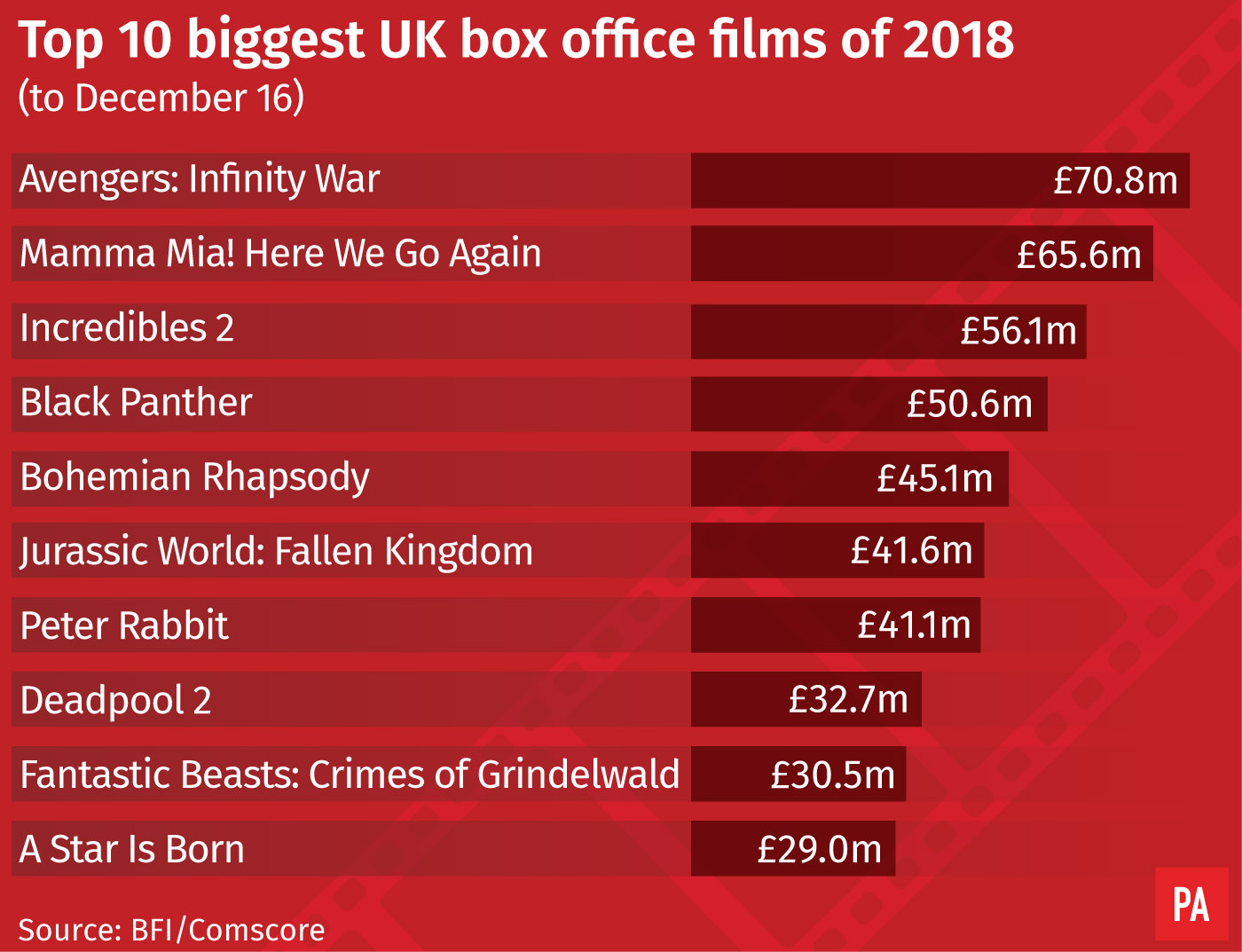 All figures are correct up to December 16, and have been compiled for the Press Association by the British Film Institute (BFI).

With only 11 days of 2018 remaining, Mary Poppins Returns would need to take about £6.5 million each day in order to be sure of topping the chart by the end of the year.

But even if it does not manage to make number one by New Year’s Eve, the film still has a chance of ending up the biggest film to be released in the UK in 2018, once ticket sales in 2019 are included.

The BFI’s figures reveal that seven of the top 10 films of 2018 are sequels or spin-offs.

When Mary Poppins Returns enters the chart, this number will rise to eight out of 10.

The most recently-released film in the top 10 is currently Fantastic Beasts: Crimes of Grindelwald, which came out in November.

The number one UK independent film of 2018 is Darkest Hour, which grossed £24.1 million at the box office.