Nostalgia for the Bush era in US politics is “madness” according to the director of a new biopic about Dick Cheney.

Adam McKay, the filmmaker responsible for The Big Short, Anchorman and Stepbrothers, said he was horrified that the presidency of George W Bush has begun to be looked upon favourably in the age of Donald Trump.

The nostalgia came to a head at the funeral of his father, former president George HW Bush, where Bush junior was seen slipping a sweet to former first lady Michelle Obama, which was interpreted by many on social media as an emblem of warmth and civility that appears absent from modern US politics.

McKay, whose film Vice paints a damning portrait of the Bush-Cheney administration, said of the nostalgia: “I think it’s madness, I think it’s insane.

“I think the horrors that went on during those eight years should never be forgotten and when I saw George W Bush dancing with Ellen DeGeneres on her talk show, it was very strange to me.

“I can’t explain that one, definitely we were in pre-production on the movie and it definitely fuelled the movie.

“I think people wilfully forgot how horrible those eight years were and one of the strangest things I’ve ever seen is Bush nostalgia, I never thought those two words would come together.”

McKay said it was hard not to link the rise of Cheney, played by Christian Bale, to the rise of Trump, and the film outlines the growing impact of Fox News and the revolution in the Republican party that saw the re-brand of global warming as “climate change”.

He said: “It’s pretty hard not to connect that to everything that is going on today.

“If you’re a Republican you should feel good about it, you succeeded, and Fox New is central to that, and Frank Luntz (a Republican strategist) and the way he played with language… and now we are in a situation where 40% of the country doesn’t believe anything that disagrees with them and it’s quite a bind we are in and that is how you end up with an ex-reality star as your president.” 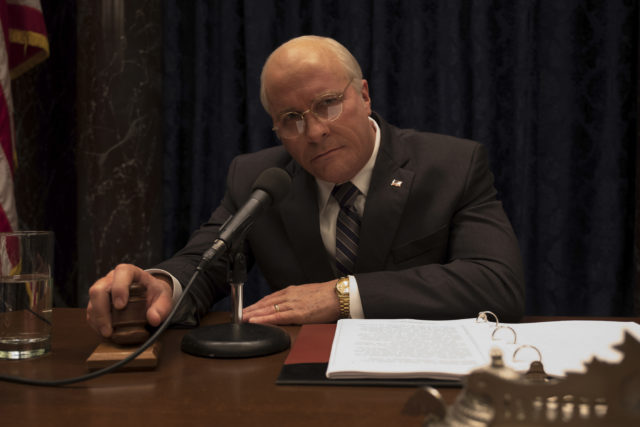 Discussing if he thinks Vice is an angry film, McKay said: “I think there are certain moments in the movie where you can’t avoid it, just by depicting what happened, anger has to result.

“When they start tweaking the intelligence to go to Iraq and forcing in falsehoods to lead us to invade a nation, I don’t know if there is any way to ever do that scene without getting angry.

“I never anticipated this when I looked at the final cut, how sad it was. I was really sad. I was sad for our country, I was sad for the world, I was sad even a little bit for Dick Cheney.

“The whole thing just struck me as sad, that we gave away something that was really special, that was really working and all just for power and career advancement, it feels so cheap in the face of what could have been.”

Vice is out in UK cinemas on January 25.